Having such deep Southern roots I was definitely interested to find an ancestor who is considered one of the founding father’s of New York, so much so there is a monument to him in Battery Park, New York City.

Jesse de Forest was born around 1576 in , to Jean de and Anne Maillard.  He married Marie du Cloux on 23 September 1601.
As was popular with many European Protestants at the time trying to escape persecution, Jesse wound up in .

In , , Jesse did pretty well for himself.  He was a very skilled dyer of fabric and as family history has it, especially black dye.  Evidently, dying fabric so that it actually stayed black after washing was a pretty specialized skill back in the day.  He served as lieutenant and Captain under Prince Maurice of who lead the Dutch rebellion against .  Jesse was also thrown into the mix with many Pilgrim Fathers
(future passengers on the Mayflower).

Not happy with that deal, Jesse petitioned and received permission from the Dutch East India Company to immigrate to the . 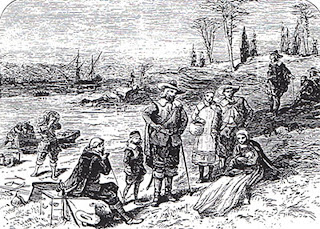 In 1623 Jesse was off to the New World on a small ship called The Pigeon on a reconnaissance mission to the coast of Guyana mapping with his good friend, Johannes de la Montague some of the first maps of the Brazilian coast.  Things looked promising with vast lands good for tobacco plantations.  Unfortunately, Jesse died there, presumably of sun stroke while living with the Yaos Indians on the banks of the .
"our said Captain died, much regretted by the Christians and Indians who had taken a great liking to him."

The group of settlers Jesse had organized back in arrived in in 1624.  Jesse never made it to himself but his daughter, Rachel, ended up marrying his old friend, Johannes de la Montague.  Rachel and Johannes, who arrived back in the new world on the ship called The Rennselaerswyck in 1637,  settled in New Amsterdam taking over her brother, Henry’s tobacco plantation, Vrendal (what is known today as the upper half of Central Park in New York City).

While Jesse de Forest may have never set foot in his efforts to grow the colony there grant him the Founding Father status. 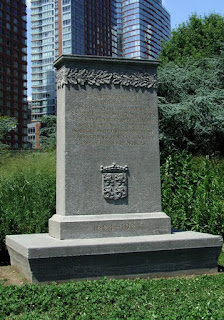 cbsillos
I do some scribbling, sewing, crafting, writing and researching in between kindergarten drop-offs, puppy walking and nap times (unfortunately not my nap times).